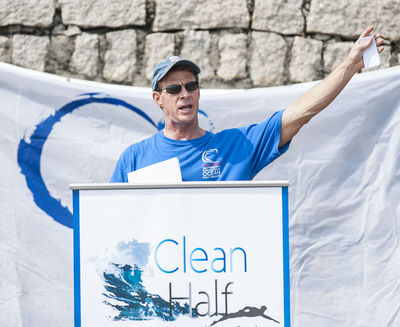 Doug Woodring, 2011, 2012 and 2013 World Open Water Swimming Man of the Year nominee for his work in the open water swimming and environmental fields 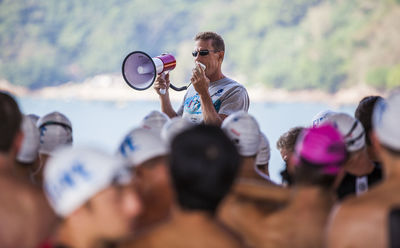 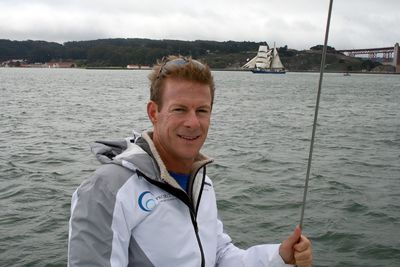 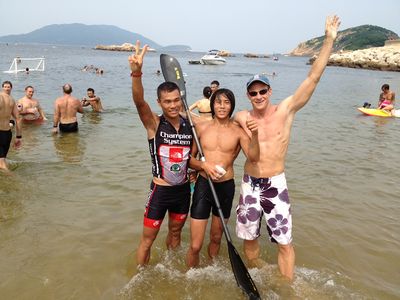 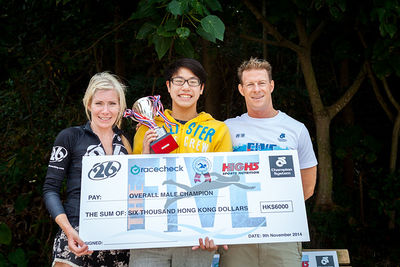 Douglas Woodring is the Co-Founder and Managing Director of Ocean Recovery Alliance and Open Water Asia and is an inductee (Honor Administrator) of the International Marathon Swimming Hall of Fame, Class of 2020, with an MBA from The Wharton School, and a Masters in International Relations and Environmental Economics from Johns Hopkins (SAIS). He has an undergraduate degree in Economics and Political Science from the University of California at Berkeley and is an open water swimmer, water polo player and international outrigger canoe competitor.

Woodring has worked in Asia for over 25 years in a number of industries which have been at the forefront of technology within their sectors, mainly related to the environment and new media platforms. Prior to working with technology start-ups, while at Merrill Lynch Asset Management Hong Kong in 1998, he proposed the company’s first global environmental technology fund which was later launched in 2001. He started his career in Japan, working for one of the largest fishing companies in the world, which is partly where his drive for ocean protection originates.

Woodring founded the Plastic Disclosure Project at the Clinton Global Initiative as a way to bring about large scale prevention of plastic waste. This is an investor and multi-stakeholder driven program to encourage companies and other institutions to measure their plastic footprint and develop plastic management strategies to create a world where plastic adds value to businesses without negatively impacting the environment.

The approach is simple: an annual disclosure request is sent on behalf of socially responsible investors and other community stakeholders to companies around the world that are users of plastic in their products or services, asking them to measure their plastic footprint. The goal is to inspire improved strategies for lessening plastic's impact on the environment, managing the material in more efficient ways, and treating it as a resource instead of a waste product. This includes less waste in the supply chain, more recycling within one's user-base, more recycled content, new design, and the use of new materials.

Doug Woodring found himself surrounded by discarded plastics and rubbish while diving in a remote marine protected area. He was struck by the need to improve the world's ocean for future generations. He created the NGO, Ocean Recovery Alliance, and recently launched the Global Alert Platform, an innovative, online tool that allows people to report, rate and map plastic pollution levels in their local watersheds or coastlines via their mobile devices and computers. For creating a platform and database to help broaden public awareness about the plastic crises anywhere in the world that negatively affects the health of our waters, for managing a global flow of information that can spur solutions to reduce plastic pollution in the ocean, rivers and lakes, for enabling people to report problems and generate data on trash-hotspots via an easy-to-use mobile monitoring tool and online maps, the Global Alert Platform is a worthy nominee for the 2016 World Open Water Swimming Offering of the Year.

Woodring created the Pick Me Up bags.