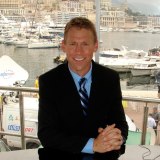 Craig Hummer is an American sportscaster known for his work on Versus (formerly OLN) as well as his success as a 7-time U.S. Ocean Ironman Champion and winner of over 40 national and international Lifesaving titles.

Hummer has been nominated for an Emmy as a sports broadcaster and has been involved in the alternative and action/lifestyle sports markets for over 20 years; first as a professional athlete in the sport of Ocean Ironman racing, then as a commentator who has now widened his expertise into over 50 different sports.

His versatility is one of his strengths, having covered over 50 sports as host, play-by-play, analyst, reporter or narrator for hundreds of network, cable, and syndicated shows seen worldwide.

Hummer first pursued a broadcasting career in 1996. He briefly worked for TVG Network, a horse racing network. Since joining OLN/Versus, he has called many events, including Professional Bull Riders, the Tour de France, the 2007 America's Cup, and in 2003 was part of a film crew following athletes climbing Mount Everest.

He has also been a commentator for mixed martial arts, calling UFC 55 on pay-per-view. He has also been used as an interviewer by the UFC and WEC. Hummer was part of NBC Sports' broadcast team for the 2008 Summer Olympics, calling marathon swimming, synchronized swimming, whitewater canoeing, triathlon, and road and track cycling where he announced the Olympic 10K Marathon Swim at the 2008 Beijing Olympic Games.

Hummer is a former competitive pool and open water swimmer and competitive lifeguard, winning titles from America to Australia, and competing at the NCAA Division III Championships in pool swimming for NCAA champion Kenyon College on an academic scholarship as well on the Uncle Toby's Super Series.