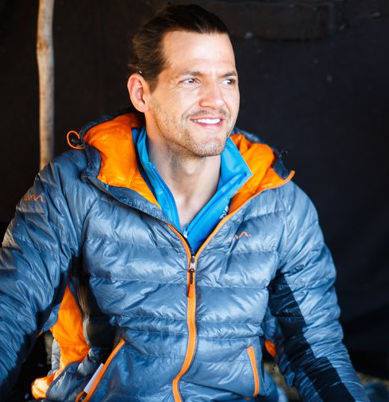 Georgios-Ioannis Tsianos (Giorgos Tsianos) is a 38-year-old Greek endurance athlete and doctor from Athens, Greece who completed the Peak and Pond Challenge and the Ice, Water, Fire Challenge.

He finished high school in Florida and received his Bachelor’s degree from the University of California at Berkeley, after which he earned a Master’s degree in Human Physiology under Extreme Environments at King’s College London. He then went on to pursue a Doctorate degree at the University of Glasgow, researching and specializing in Human Medical Physiology in the Cold and at High Altitude. He has completed research projects and field studies in the Scottish Highlands, the European Alps and the Himalayas. Following the successful completion of his Ph.D., he returned to Greece to study Medicine.

In his early medical years he gained significant experience at hospitals in South Africa, the USA, and Greece, and then moved to the UK to train in hospitals in Scotland and England. He has worked in the fields of General and Trauma Surgery, Accident and Emergency Medicine, and General Practice. He is dynamically involved and certified in Expedition Medicine and Travel Medicine, and alongside his medical duties he has maintained his interest and participation in research.