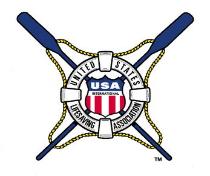 The United States Lifesaving Association national championship victory by the Monmouth County lifeguards is nominated for the 2014 World Open Water Swimming Performance of the Year.

"Lifeguards are the epitome of watermen and waterwomen. They protect beach-goers and make rescues in all kinds of conditions. While the lifesavers of Australia, Hawaii and California are celebrated heroes of the shoreline, it was the men and women of the Monmouth County Chapter in New Jersey who turned heads and changed mindsets on the beach in 2014. The lifeguards who work a number of beaches along the Jersey Shore defeated their California rivals for the first time in a generation. Under the leadership of captain Mike Tomaino, the Monmouth County Chapter lifeguards snapped the 27-year reign of California to capture the 2014 Nautica United States Lifesaving Association National Lifeguard Championships in Virginia Beach, Virginia. For breaking an unprecedented dynasty, for bringing ocean glory to the Jersey Shore, for training for a Miracle On Water, for believing in themselves in the intense, multi-disciplined ocean competition, the national team championship of the Monmouth County Lifeguards is a worthy nominee of the 2014 World Open Water Swimming Performance of the Year."