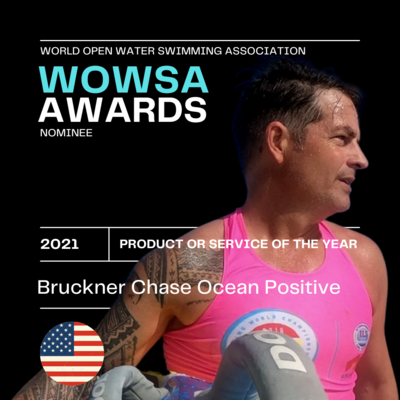 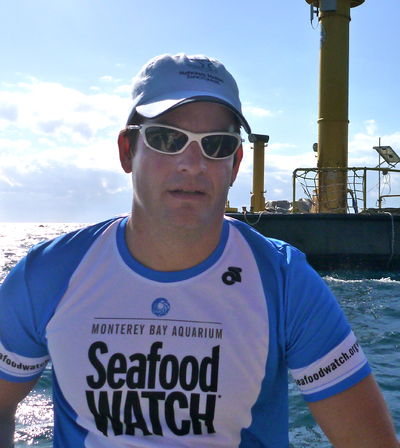 The Bruckner Chase Ocean Positive is the beneficiary of the Legion of Ocean Heroes program. The Legion of Ocean Heroes are patrons who create a supplemental, financial support system that enables the Bruckner Chase Ocean Positive to pursue its mission to positively impact how individuals feel, think and act towards the oceans, through myriad activities from aquatic expeditions to ocean conservation programs.

Bruckner Chase is also known as Uila O Le Sami in American Samoa, is an environmentalist, adventure swimmer, ocean advocate, marathon swimmer, coach, speaker and writer who works closely with his wife Michelle Evans-Chase on a number of ocean awareness initiatives. His endurance career began in the early 1980's, and he competed his first Ironman distance triathlon in 1985 at the age of 19. Those early forays into endorphin nirvana led to a life long passion for discovering his own potential while encourage others to discover their own.

As a filmmaker, he created BlueJourney-Amerika Samoa - Stronger Together: The Waterman's Way about his ocean advocacy programs in Amerika Samoa. The film was accepted into the 2014 Beneath the Waves Film Festival.

Becky McGill, Bruckner Chase and Michelle Evans-Chase are the principals with the Ocean Swimming & Prone Paddleboarding program for Athletes with Spinal Cord Injuries together with the Bacharach Rehabilitation Hospital, and the City of Upper Township. They help individuals with spinal cord injuries learn how to move through the water and guides open water prone paddleboarding and swimming sessions. This Ocean City Swim Club / Bacharach Rehabilitation Hospital Swimming and Paddling Unified Team Program is a nominee for the 2013 World Open Water Swimming Offering of the Year.

Bruckner Chase Ocean Positive was nominated for the 2021 World Open Water Swimming Product or Service of the Year Award. The winners and nominees included: