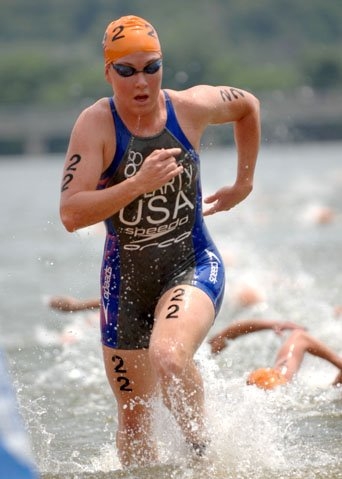 noun - A triathlon is a multi-sport event involving the completion of three continuous and sequential endurance events. While many variations of the sport exist, triathlon, in its most popular form, involves open water swimming, cycling, and running in immediate succession over various distances.

The Ironman triathlon is originally based on the Waikiki Roughwater Swim, the Around-Oahu Bike Race and the Honolulu Marathon.

The ultimate triathlon is the Global Triathlon by Dan Martin.

An Ice Ironman is an individual who has completed both an Ice Mile and a full Ironman triathlon.