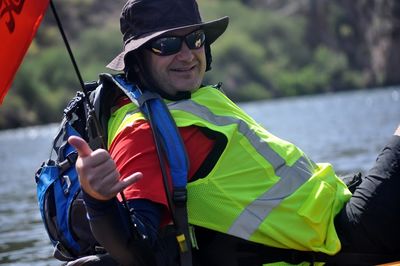 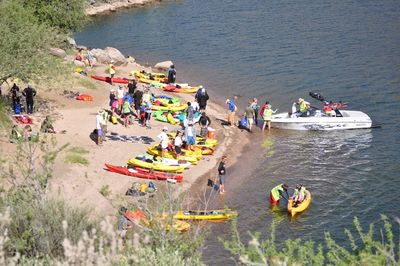 Neil van der Byl is an American open water swimmer and active Observer for the Santa Barbara Channel Swimming Association (SBCSA) and Catalina Channel Swimming Federation. In cooperation with his wife Grace van der Byl, he created a database for the support crew of Catalina Channel swimmers. Neil is an active support coordinator for open water swims and trains new paddlers in safety and feeding techniques (including night swimming) - many of these techniques were adopted from the teachings of a channel swimming support mentor David Clark who pioneered kayaking for Catalina Channel crossings and offers annual support clinics.

When supporting several accomplished open water swimmers in different types of races, channel crossings, and long distance training swims (his favorite being wife Grace van der Byl), Neil uses various Hobie (pedaling) kayaks and navigation / feeding equipment suited for both day-time and night-time swims ... some of which are sometimes in pretty rough conditions. Neil is one of the few support paddlers that can complete Catalina Channel crossings non-stop (some of which last up to 14+ hours).

In May 2014, he paddled for Kristin Jones of Alaska who won 2 of the 4 legs of the 4-day S.C.A.R. Swim Challenge stage swim in Arizona. In June '14 he returned to NY with Grace van der Byl to compete in the 2014 MIMS swim, which they won.

Van der Byl won the 2014 Streeter Award for Service to Marathon Swimming together with his wife Grace van der Byl. 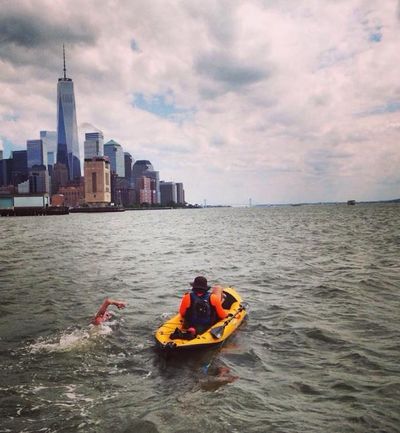 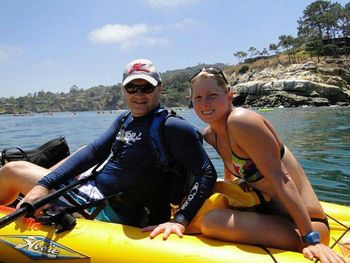 Training in our back yard - La Jolla, CA 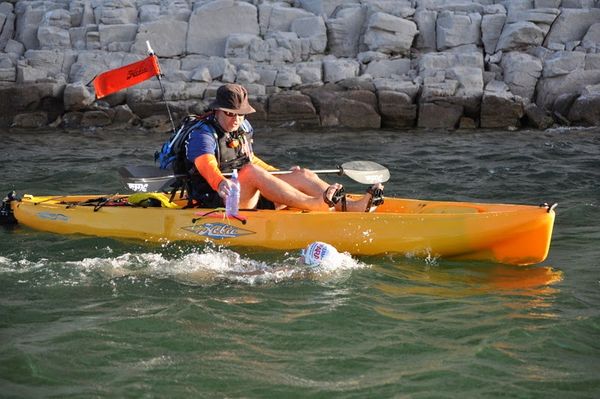 Tethered feedings from a Hobie kayak

("Are we there yet?" Successful Catalina Channel Relay - including kids as young as 14)

... and a few others including the 2017 Pan-American Colibrí Swim, a cross-border swim between the USA and Mexico and a charity swim to raise awareness and funds for the Colibri Center for Human Rights in the Pacific Ocean from Imperial Beach near San Diego, California, USA to Tijuana, Mexico on 5 May 2017. 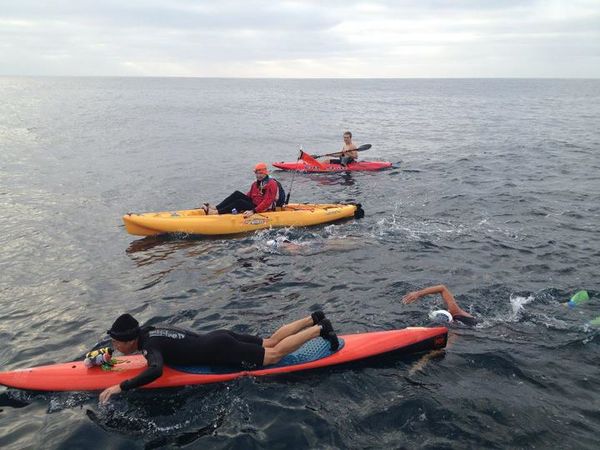