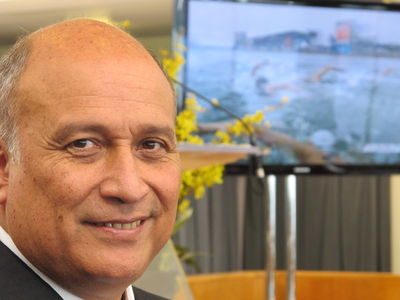 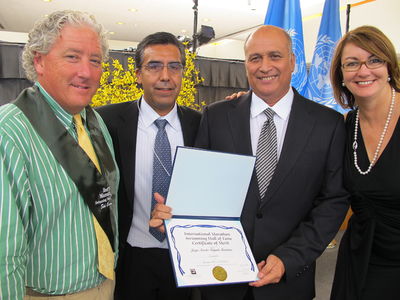 Jorge Auerlio Delgado Panchana is a former 2-time Olympic swimmer who was finalist in the 100m and 200m butterfly.

The FINA Technical Open Water Swimming Committee (TOWSC) is a group of experienced open water swimming experts from around the world who administers and officiates the pro and elite open water races in the world. They also organize clinics and serve as referees, judges and officials at major international competitions and write the rules and procedures that govern these competitions.

The history of the committee goes back to 1985.

Allan was followed by Hans A. Beijer of the Netherlands, Sid Cassidy of the USA and Ronnie Wong of Hong Kong. The Honorary Secretaries of the Committee included Dale Petranech of the USA (1992-1996), Flavio Bomio of Switzerland (1996-2000), Shelley Taylor-Smith of Australia (2000-2008) and Flavio Bomio (2008 - present).

He is a member of the 2017-2021 FINA Technical Open Water Swimming Committee:

As members of the FINA Technical Open Water Swimming Committee, American Sid Cassidy, Australian Chris Guesdon and Fijian Dennis Miller literally mapped out the Olympic 10K Marathon Swim concept on a napkin in a restaurant. This revolutionary plan eventually led to the sport of open water swimming being added to the 2008, 2012 and 2016 Olympics.

Ambassadors of the Sport

Delgado is the chairman of the UANA Open Water Swimming Committee: