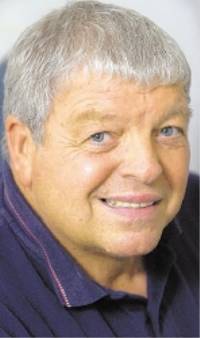 Samuel Greetham of Great Britain is a member of the FINA Technical Open Water Swimming Committee (TOWSC) that is responsible for advising, analyzing, appointing, investigating, studying and recommending rules, regulations, protocols, procedures, equipment and specifications regarding the preparations and execution of open water swimming events sanctioned and organized by FINA, the world's governing body of aquatics.

Sam is a Director with British Swimming, a coach of merit, an administrator with LEN as well as a respected member of the FINA Technical Open Water Swimming Committee.

In 1985, the FINA Bureau appointed a Long Distance Swimming Commission. Seven years later, the Technical Open Water Swimming Committee was formed in 1992. Allan M. Clarkson of Great Britain was nominated Chairman of the first committee. He was followed by Hans A. Beijer of the Netherlands, Sid Cassidy of the USA and Ronnie Wong of Hong Kong. The Honorary Secretaries of the Committee included Dale Petranech of the USA (1992-1996), Flavio Bomio of Switzerland (1996-2000), Shelley Taylor-Smith of Australia (2000-2008) and Flavio Bomio (2008-present).