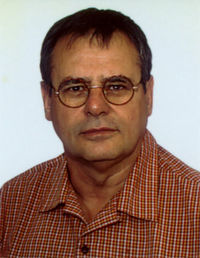 Flavio Bomio of Switzerland was formerly the director of the Bellinzona swimming club in Switzerland and formerly the Honorary Secretary of the FINA Technical Open Water Swimming Committee (TOWSC) that is responsible for advising, analyzing, appointing, investigating, studying and recommending rules, regulations, protocols, procedures, equipment and specifications regarding the preparations and execution of open water swimming events sanctioned and organized by FINA, the world's governing body of aquatics.

Between organizing open water races and team relays in Europe and continuing to develop the FINA 10KM Marathon Swimming World Cup and the FINA Open Water Swimming Grand Prix circuits, Bomio oversaw dozens of FINA and LEN races around the world. Bomio has served as a judge at every World Championship and European Championship since 1999 as well as coached athletes to numerous medals in international competitions, including 3 Olympics.