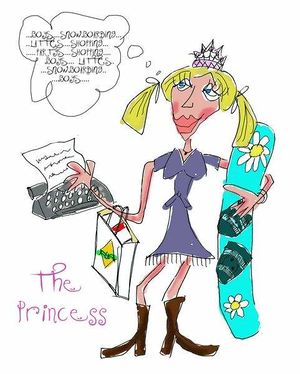 Alison Berkley Margo is a freelance journalist, writer and editor for the Aspen Times in Colorado and the public relations specialist for Jennifer Figge's continuous stage swim across the Atlantic Ocean, called the Atlantic Crossing 4. She will report and coordinate public relations from Aspen, Colorado while Figge and her crew is sailing on a new D5000 (Dean Catamaran) under the command of Captain Tamas Hamor.

Margo became a newspaper columnist after earning a degree in journalism from the University of Colorado at Boulder. She was an editor for Transworld Snowboarding magazine and has covered women’s surfing as a Contributing Editor to Surfer magazine. She has also written for Outside Magazine, Sports Illustrated, Powder, SKI, and many others.

She started to write her award-winning column, “The Princess’s Palate,” with its no-holds-barred honesty about life and love every Thursday in The Aspen Times since June 2002. Through her sometimes all-too-brave and brash take, she’s earned national media attention, leading to opportunities like writing travel stories for The New York Times and pursuing her lifelong dream of completing her first novel.

She’s also a regular contributor to Aspen Peak magazine and Aspen Sojourner and writes about everything Aspen has to offer, from architecture and design to food and culture.

The crew of Atlantic Crossing 4 is listed below:

Beginning at the age of 56 years old, Figge also completed a series of stage swims across the Atlantic Ocean in 2009 from Cape Verde off the coast of Africa to Trinidad in the Caribbean Sea over the course of 1-2 months.At the age of 60, she will attempt a continuous stage swim across the Atlantic Ocean, starting from Brava Island off the coast of Senegal to Antigua in the Caribbean Sea called Atlantic Crossing 4.