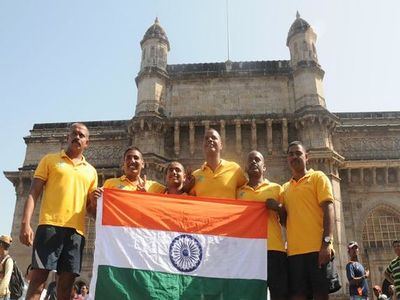 Delphinus is a 6-person relay team that swam 286 km (177.7 miles) around the city of Mumbai, India in an event called Swimmathon. Delphinus started and finished at the Gateway of India between 28-30 October 2014 in a clockwise course in 49 hours 44 minutes.

The Sea Hawk relay is a team of 6 Indian open water swimmers who completed a charity swim on behalf of Project Nanhi Kali that supports the cause of education of the underprivileged girls in India. It was the longest open water swimming relay in history that completed 433.11 km from Dona Paula in Goa along the Konkan coast to the Gateway of India in Mumbai, India in 156 hours between 13-19 February 2015.