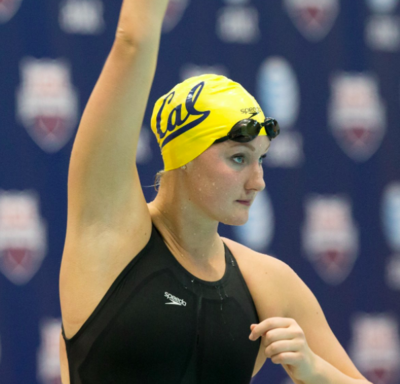 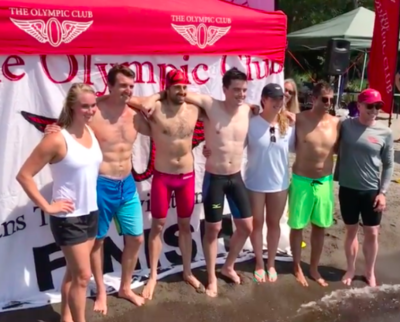 Catherine Breed (born 22 March 1993 in Pleasanton, California) is a 27-year-old American pool and open water swimmer who swam at University of California, Berkeley and runs the Beyond The Blackline blog.

The Monterey Bay crossing by Catherine Breed was nominated for the 2020 WOWSA Awards in the World Open Water Swimming Performance of the Year category with the following nomination: With a team of veteran Monterey Bay channel swimmers on her boat, NCAA pool swimmer-turned-marathon swimmer Catherine Breed dug deep and kept swimming through a cold, dark night across the foggy 40.2 km Monterey Bay in northern California. Without any sense of location due to fog that lay on the water surface, Breed could not distinguish between the water and sky for nearly the entire crossing. Effectively blinded by the conditions and guided solely through the fuzzy outline of her escort boat, she relied on the calm and experienced guidance of Kim Rutherford and Amy Gubser. In addition to the darkness of night and the thick blanket of fog, Breed encountered dozens of jellyfish with their painful venomous touch on her face and all over her body. She started in 14°C water and endured passing over the underwater Monterey Bay canyon with its water temperature drop and turbulent currents before finishing on the northern shore in 12 hours 42 minutes, the fastest time in history. For fighting through the pain of jellyfish stings, for completely trusting in her escort crew despite being disoriented throughout her crossing save for the last 500 meters, and for making a successful transition for warm-water chlorinated pools to the always dynamic marine environment with its unexpected obstacles, the record-setting crossing of the Monterey Bay by Catherine Breed of the USA is a worthy nominee for the 2020 World Open Water Swimming Performance of the Year.