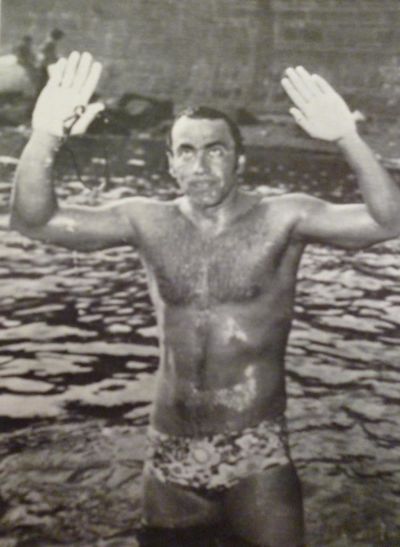 Marawan Gazawi (or Marawan Ghazzawi born 24 August 1944 in Alexandria, Egypt) was a professional Egyptian marathon swimmer]] Ghazawi during the 1960's and 1970's as well as a world-class pool swimmer. The 1964 graduate from the Saint Marc Alexandria Military College began swimming under the guidance of his father.