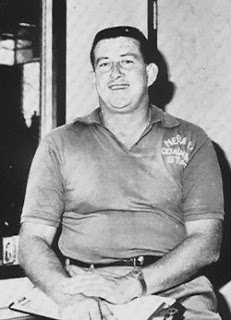 Don E. Burns was a veteran California teacher and a lifeguard who was once described as a landmark, like the Newport Beach pier.

Burns had been a high school teacher and coach in the Newport-Mesa Unified School District for 31 years, and he was a Newport Beach lifeguard for 47 years. A popular local open water charity swim in Newport Beach is named after him, the Don Burns 1-mile Scholarship Swim (Don Burns Mile).

Burns is a member of Millennium Hall of Fame (inducted 2000) and was well-known for being an easygoing gentleman with great dignity who left a legacy of Nice Guys Finish First.