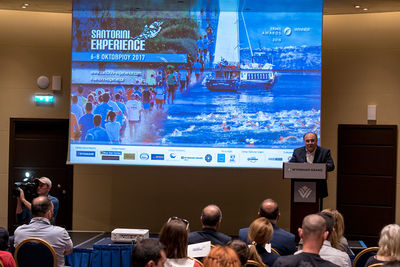 Dimitris Diathesopoulos is a member of the FINA Bureau, the highest arm of FINA, the governing body of competitive aquatic sports, and president of the Hellenic Swimming Federation.

The FINA Bureau is responsible for discussing and making decisions on all matters assigned by them by the General and Technical Congresses. Moreover and among other things, Bureau members interpret and enforce the Rule of FINA, they submit proposals to the Congress, they attribute FINA awards, they determine the dates and locations of World Championships and other FINA events, they organise and control all competitions for FINA’s five aquatic disciplines at the Olympic Games, Youth Olympic Games, World Championships and other FINA competitions, they instruct FINA Committees and manage their activities, etc.

At its first meeting, the Bureau forms an Executive Committee including the President, the Honorary Secretary and the Honorary Treasurer. The Executive’s role is to decide upon matters relating to the FINA Rules and Regulations or referred to it by the Bureau. It is also responsible for the supervision of the FINA permanent office located in Lausanne, Switzerland.