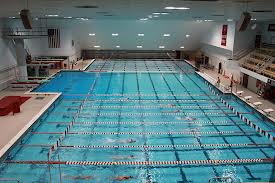 Blodgett Pool on the campus of Harvard University, home pool of the Cambridge Masters Swim Club 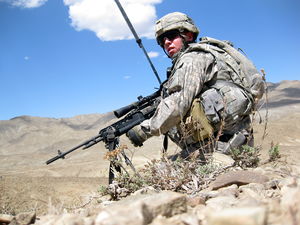 The Cambridge Masters Swim Club trains at Harvard University and provides an enthusiastic training environment with mentally and physically stimulating workouts to a diverse group of athletes.

Workouts are relatively short (60-90 minutes) and time is set aside for warm up and warm down. Variety is a huge component of the daily, weekly and monthly training plan. Workouts are designed to mix various speeds, strokes and repeat distances while providing the proper conditioning for all of its athletes regardless of their competitive swimming background or focus (learning to swim, improving overall fitness, triathlons, open water swimming events, sprint and distance).

Stephanie Morawski - Director. Morawski is in her 13th year as Head Coach of Harvard Women's Swimming. She earned All-American honors and qualified for USA Olympic Trials in 1988 and 1992 in the 200m breaststroke. She is also a U.S. Masters Swimming All-American who received her undergraduate degree in economics from Harvard University and earned a Master's degree at Harvard's Graduate School of Education.

Abe Rogers - Head Coach. Rogers is a graduate and varsity swimmer of Colby College who became a professional triathlete upon graduation and competed in the 2000 USA Olympic Trials. Rogers was the Head Coach at Boston University Masters before enlisting in the Army where he spent three and a half years. He is a graduate student at Boston University, going to school for a Masters Degree in Education with a Specialty in Coaching. He returned from his second deployment to Afghanistan (this time with the Massachusetts National Guard).

Scott McInerney - Assistant Coach. McInerney is a graduate of Oberlin College with a degree in Psychology. As a four-year varsity letterer, he claimed both the MVP and Most Improved award his senior year. He is also a 3-time NCAA Division III provisional qualifier, an NCAA Academic All-American Honorable Mention, and a current record-holder in four events at his alma mater. He has set multiple New England and National Masters records in addition to receiving silver and bronze at the 2010 Masters National Championships. He is currently completing psychology research at the National Center for PTSD and soon hopes to enter graduate school to complete his PhD in Behavioral Economics.

Jamie Manion - Assistant Coach. Manion is a Harvard graduate from the class of 2011 where he was a member of the Harvard University Swim Team and studied Economics and Psychology. Currently working at Fidelity Investments, he has been swimming competitively since the age of five, and he has taught swim lessons to both children and adults for the past five years.

Jenna Gregiore - Assistant Coach. Gregiore is a sophomore at Harvard University studying Economics and East Asian Studies. She is a member of the Varsity Women’s Swimming Team, specializing in sprint freestyle and butterfly, and also competes on the Varsity Crew Team in the spring season. Originally from Colorado Springs, Colorado, she has been swimming competitively for over 10 years and has a wealth of experience coaching age group and high school swimmers through her club team.

Greg Roop - Assistant Coach. Roop is a junior at Harvard University studying Neurobiology where he is a member of the Harvard University men's swimming team. He specializes in middle distance freestyle and butterfly. Roop is from Chattanooga, Tennessee where he was a 2009 graduate of The Baylor School where he captained back-to-back national champion swim teams in 2008 and 2009. He has been swimming competitively for 15 years and has coached and taught swimming on several occasions along the way.