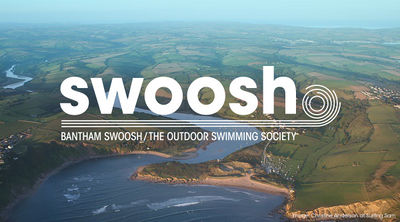 The Bantham Swoosh 6 km open water swim is held on 2-3 July 2016 in Bantham, Devon, United Kingdom. It is a 6 km open water swim down a sandy bottomed estuary in Devon. After a routinely earthy start, the estuary becomes sandy-bottomed and shallow, giving unusual clarity on the riverbed below, so swimmers can sightsee the whole way. The swim ends with being swooshed out to sea. It is one of the World's Top 100 River Swims.

The Outdoor Swimming Society conducts an annual open water swimming series in the United Kingdom. The events include: