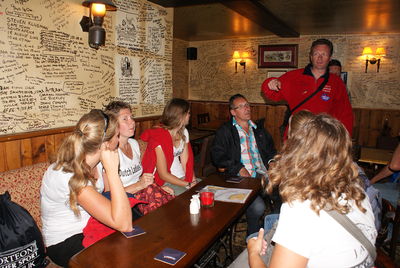 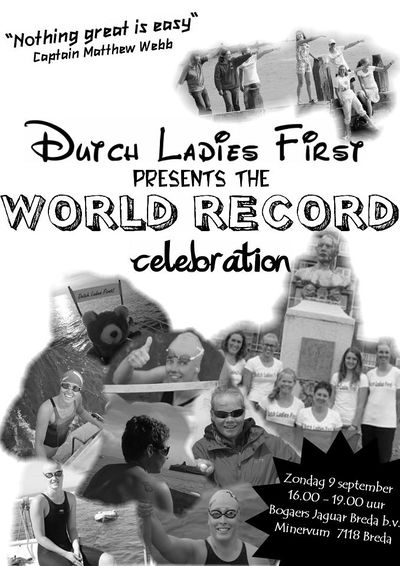 The team was coached by International Marathon Swimming Hall of Fame board member Richard Broer and swam from England to France in 9 hours 57 minutes and from France to England in 8 hours 25 minutes under the escort of Captain Lance Oram on the Sea Satin.

Swim fast, swim straight. Over and back, flip turn at Cape Gris Nez. Don’t look up, just follow the boat. That is what the Dutch Ladies First set out to do as they traversed the English Channel on their two-way record swim under the guidance of coach Richard Broer. Cognizant of the newly established American ladies record of 18 hours 55 minutes, the sextet under the guidance of Captain Lance Oram on the Sea Satin went for broke. The collective efforts of Margot Stenveld, Desirée Emmen, Janneke Harmsen-Bakker, Jasmijn Ruijgrok, Gemma Middendorp and Linda Hoogendam established a new two-way all-female English Channel record in 18 hours 22 minutes. For their ability to keep up the pace (9:57 on first leg, 8:25 on second leg), for the fastest women’s relay to ever cross the English Channel twice, the two-way swim of Dutch Ladies First is a worthy nominee for the 2012 WOWSA Open Water Swimming Performance of the Year.