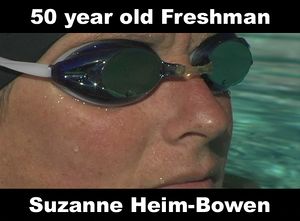 McDonald graduated Cum Laude as a Director with a Bachelor of Fine Arts from the Academy of Art University in San Francisco. In 2005 she took NATPE international gold for a commercial campaign that she wrote, directed, and produced and was a finalist for best commercial of the year at Filmfest. In 2006 she was profiled on the FOX prime time special “The Fine Line On Design” and in April 2012 her documentary “50 year old FRESHMAN: Suzanne Heim-Bowen” won Best Sports/Outdoor Feature at the Indie Spirit Film Festival and in May 2012 it won Best New Film at the International Aquatic History Film Festival. Deborah J. has received the Ottawa CJOH Television screenwriting grant, Executive Produced and hosted her own cable access show and worked with Producers on American Idol for two seasons. She also holds a Bachelor of Arts in Political Science from the University of Toronto (Victoria) and is a Canadian Chartered Accountant (Ernst & Young).