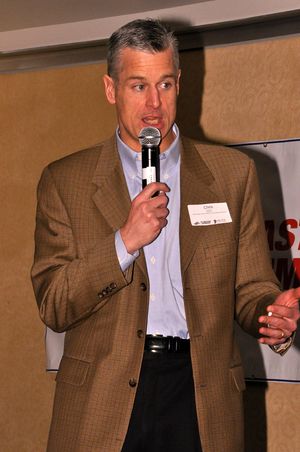 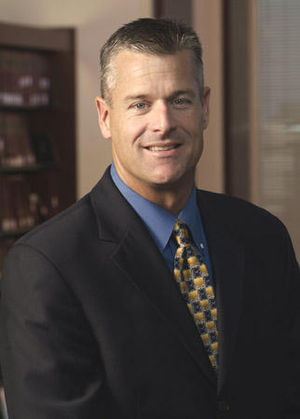 Chris Sheean is a prominent attorney in Chicago and race director of the Big Shoulders 5K Swim, the most popular race in the Midwest U.S.A. The 2.5K and 5K race is touted as a Lake Michigan-size test of guts, determination and fortitude amidst the chilly, windswept waves.

Big Shoulders was founded in 1990 by 1960 Rome Olympics gold medalist Bill Mulliken and guided to its global status by Sheean. Mulliken saw the City of Chicago, known for its tough but endearing demeanor, rugged work ethic and soaring skyline, as an unconventional but ideal spot for an open water swimming race. Captured as the "City of Big Shoulders" by the poet Carl Sandburg, Chicago is blessed to reside at the foot of one of the fresh water marvels of the world, Lake Michigan.

A consummate family man and tough open water swimmer, Sheean has developed Big Shoulders from a local phenomenon to a race of international prominence. The gregarious and able leader has grown Big Shoulders from 80 to 1200, while securing status as a Master's National Championship 5K race for the first time in 2000.

Sheean oversees an ever expanding dossier of volunteers, sponsors and safety infrastructure as Big Shoulders enters its third decade. He was named as one of the 101 Movers And Shakers In The Open Water Swimming World by the Daily News of Open Water Swimming for 2011.


Member of the American Bar Association and Defense Research Institute

Sheean was one of the featured speakers at the 2011 Open Water Swimming Safety Conference in San Francisco, California.