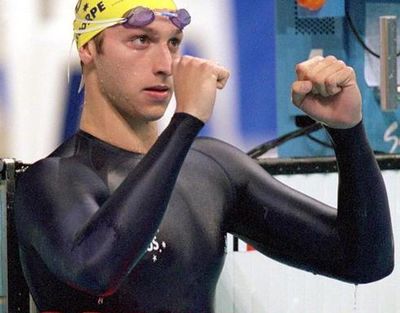 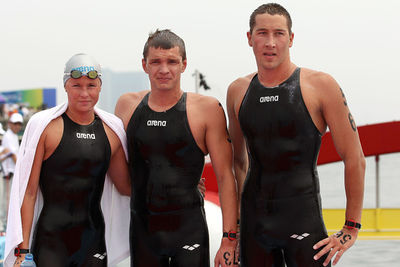 The swimmer no longer wears his body suit due to the FINA ban.