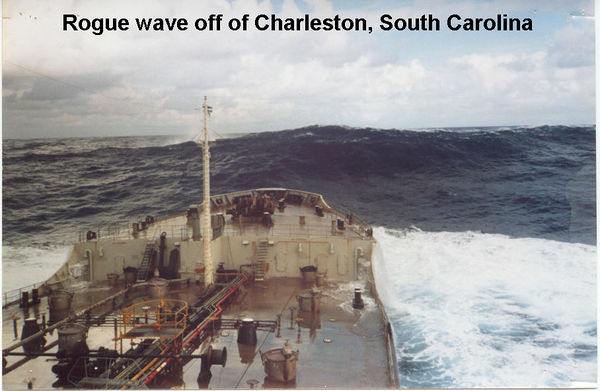 noun - Extreme waves are relatively large and spontaneous ocean surface waves that are a threat even to large ships and ocean liners. Extreme waves are not necessarily the biggest waves found at sea; they are surprisingly large waves that occur in deep water or where a number of physical factors such as strong winds and fast currents converge.
Extreme waves seem not to have a single distinct cause, but occur where physical factors such as high winds and strong currents cause waves to merge together to create a single exceptionally large wave. Once lacking hard evidence for their existence, extreme waves are now known to be a natural ocean phenomenon. Eyewitness accounts from mariners and damages inflicted on ships have long suggested they occurred; however, their scientific measurement was only positively confirmed following measurements of the "Draupner wave", a rogue wave at the Draupner platform, in the North Sea on 1 January 1995. During this event, minor damage was inflicted on the platform, confirming that the reading was valid. Satellite images have also confirmed their existence


The swimmer dreamed of a channel swim where we can swallowed up by an extreme wave.