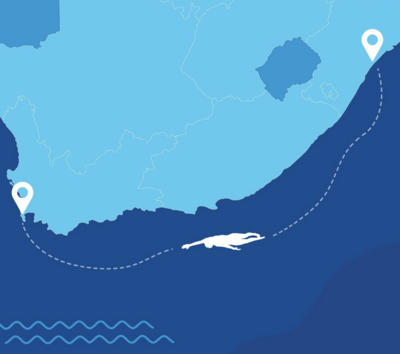 One Ocean Swim is a year-long 1,500 km stage swim attempted by Sarah Ferguson from Durban to Cape Town, South Africa that began on 21 February 2022.