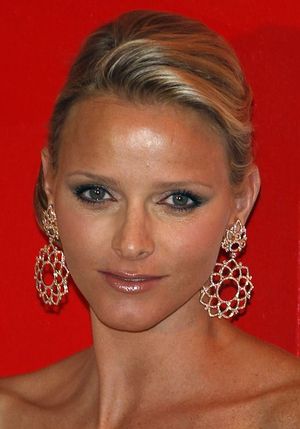 When royalty meets open water swimming, the sport transcends to another level. Charlene, Princess of Monaco (French: Charlène; née Charlene Lynette Wittstock; born 25 January 1978 in Rhodesia, now Zimbabwe), is the wife of Albert II, Prince of Monaco. She is also a former South African Olympic swimmer and open water swimming supporter and board member of the Special Olympics.

She represented South Africa at the 2000 Sydney Olympics, with her team finishing fifth in the 4x100 medley relay. She is very interested in the sport of open water swimming and would like to lend her support to a world-class open water swim in Monaco where she can combine attention to the conservation of the world's marine environment. In 2011, she competed in the Midmar Mile and became a strong and public advocate for the sport, raising significant funds for the Special Olympics athletes, for which she was nominated for the 2011 World Open Water Swimming Woman of the Year.

Princess Charlene was a member of the South African women's 4×100 medley relay team at the 2000 Sydney Olympics, which finished fifth. She finished sixth at the 2002 FINA Short Course World Championships for the 200 backstroke. She has won several national titles over the years. She planned to compete in the 2008 Beijing Olympics, but she did not qualify.

On her marriage, Charlene became Princess consort of Monaco and gained the title and style of Her Serene Highness The Princess of Monaco; the last to hold the title was the Prince's mother, Grace Kelly.