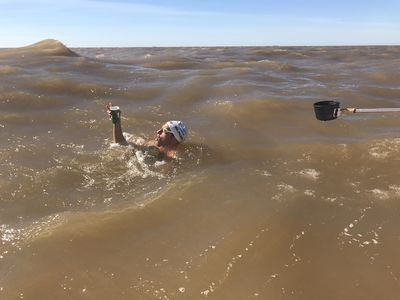 On 17 February 2018, Damián Blaum completed his second crossing attempt of the 42 km across Río de la Plata between Colonia Del Sacramento in Uruguay and Punta Lara in Argentina, finishing in 9 hours 6 minutes.

Pilar Geijo completed a 42 km crossing of the Río de la Plata between Uruguay and Argentina in 9 hours 33 minutes on 3 August 2018.