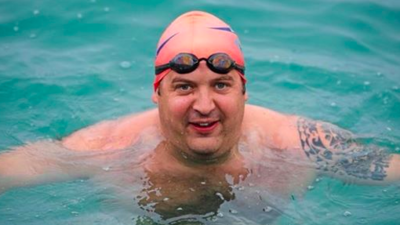 Andy Truscott, the King of the Isle of Jersey

Andy Truscott is an open water swimmer from Jersey with three unprecedented marathon swims achieved during his career and seven career 50.5 km circumnavigation swims around the Isle of Jersey.

Double Round Island of Jersey[edit]