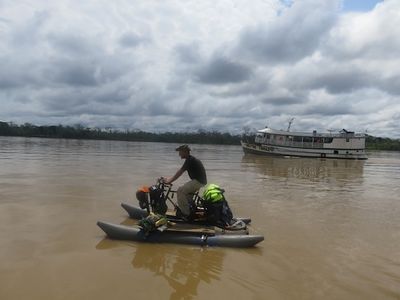 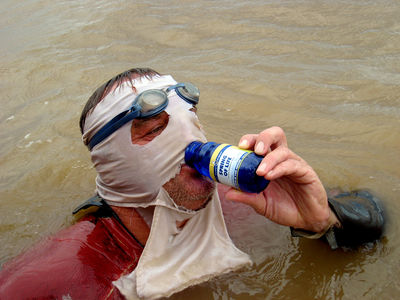 noun - The Amazon River (Spanish and Portuguese: Amazonas) in South America is the largest river by discharge of water in the world, averaging a discharge of about 209,000 cubic meters per second (7,381,000 cu ft/s), (209,000,000 liters or 55,211,960 gallons/sec) greater than the next seven largest independent rivers combined. The Amazon basin is the largest drainage basin in the world, about 7,050,000 square kilometres (2,720,000 sq mi), and accounts for approximately one-fifth of the world's total river flow. The portion of the river's drainage basin in Brazil alone is larger than any other river's basin. The Amazon enters Brazil with only one-fifth of the flow it finally discharges into the Atlantic Ocean, yet already has a greater flow at this point than the discharge of any other river.