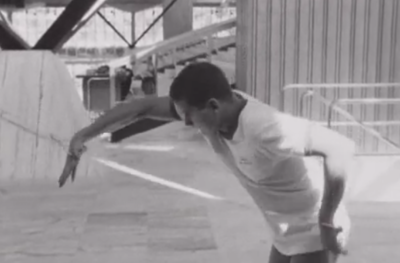 Alain Charmey (born 14 June 1952) is an pool and open water swimmer from Switzerland. The Swiss national swimming champion competed in the 400m freestyle at the 1972 Munich Olympic Games, finishing in 4:18.25 at the age of 20.

He completed the first 44.7-mile (71.9 km) crossing of Lake Geneva from Villeneuve, on the eastern end of the lake, to Geneva with a small flotilla with his support team in 22 hours 42 minutes 30 seconds in August 1986. Charmay, a then 34-year-old Swiss physical education teacher and swimming coach, completed an unprecedented crossing of Lake Geneva in Switzerland with Tony Ulrich as his coach.

Charmey is the namesake for the Alain Charmey Award given by the Lake Geneva Swimming Association for its fastest swim of the year.