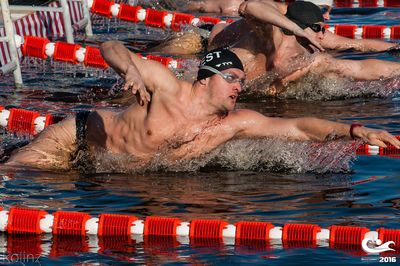 Tyumen (Russian: Тюме́н) is the largest city and the administrative center of Tyumen Oblast, Russia, located on the Tura River 1,700 kilometers (1,100 mi) east of Moscow. It also holds a prestigious extreme swimming competition annually in December, including the 2012 Russian Winter Swimming Championships and the 2013 Tyumen Open Water Swimming Cup. It was the site of the 2016 World Winter Swimming Championships that is part of the WSWC circuit where the water was near 0ºC and the air temperature was -4ºC.

Tyumen is the oldest Russian settlement in Siberia. Founded in 1586 to support Russia's eastward expansion, the city has remained one of the most important economic centers east of the Ural Mountains.