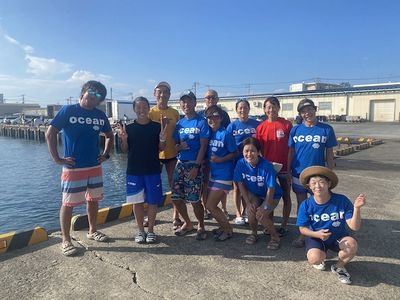 He participated in the International Swim across La Perouse Channel, a 42 km ocean swim between Sakhalin, Russia and Hokkaido, Japan across La Pérouse Strait or the Sōya Strait, a strait dividing the southern part of the Russian island of Sakhalin from the northern part of the Japanese island of Hokkaidō that connects the Sea of Japan on the west with the Sea of Okhotsk on the east in July 2019.

La Pérouse Strait is a strait is 42 km (26 miles) long and 40 to 140m (130 to 460 feet) deep. The narrowest part of the strait is in the west between Russia's Cape Krillion and Japan's Cape Soya. The strait is named after Jean-François de Galaup, comte de Lapérouse, who explored it in 1787.