The first annual Swim Around Charleston (SAC), organized by Kathleen Wilson, is now in its second year

Swim Around Charleston, organized by Kathleen Wilson, in South Carolina 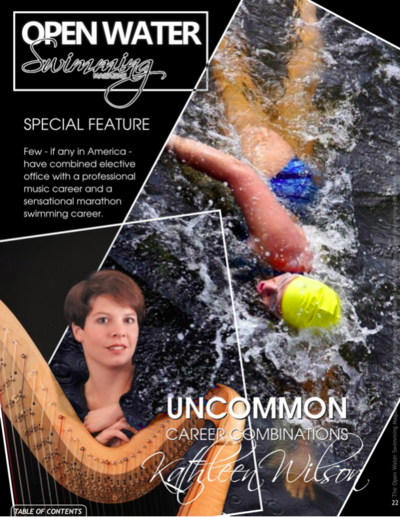 Open Water Swimming Magazine feature article on Kathleen Wilson, the creator and race director for the 19.3 km Swim Around Charleston

The 12-mile (19.3 km) Swim Around Charleston (or SAC) is a marathon swim held in September that takes place in the Charleston waterways and harbor in South Carolina. It is organized by renowned marathon swimmer Kathleen Wilson.

Charlestown, South Carolina was voted the number one city in the United States and the world by the Condé Nast Traveler 2012 Readers’ Choice Awards.

The Swim Around Charleston begins at Remleys Point in Mt. Pleasant, South Carolina, proceeds across the Cooper River to the Charleston side, parallel the peninsular city and proceeds north up the Ashley River to the finish point at I-526. A Charleston county boat landing serves as the finish.

The race start is calculated for participant safety and to allow as many swimmers the best possible chance of finishing. Very fast swimmers may have to swim through the last of the outgoing tide in the Ashley river. There is a time limit of six hours to complete the event. Swimmers unable to finish in the allotted time are removed from the water at the discretion of the race director.

Kathleen Wilson is the race director for the Swim Around Charleston, a politician (Charleston city council), professional harpist and an American channel swimmer who has done two of the Southern California Eight channels. She has also completed the Swim Around Key West (1997), Manhattan Island Marathon Swim (1999), the English Channel, Tampa Bay Marathon Swim (2003), the Catalina Channel (2004), International Self-Transcendence Marathon Swim in Lake Zurich (2005), 25 km Swim Across the Sound (2006), the Santa Barbara Channel swim (2007), the Strait of Gibraltar (2008), around Charleston, South Carolina harbor I-526 to I-526, and the length of Lac Memphrémagog.

She is also one of the early pioneers of the Triple Crown of Open Water Swimming. She is a member of the local symphony (harpist) who also completed the first known solo marathon swim in Charleston, South Carolina in October 2010.