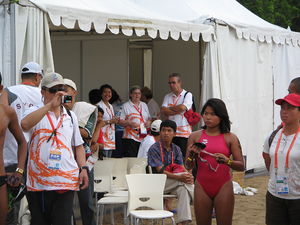 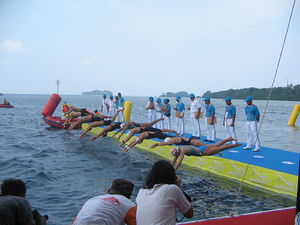 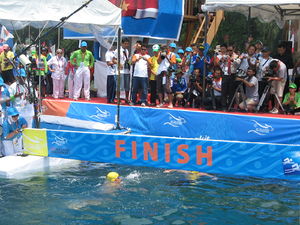 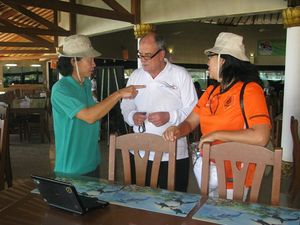 The first SEAP Games were held in Bangkok from 12–17 December 1959 comprising more than 527 athletes and officials from Thailand, Burma, Malaya (now Malaysia), Singapore, South Vietnam and Laos participating in 12 sports.

At the 8th SEAP Games in 1975, the SEAP Federation considered the inclusion of Indonesia and the Philippines.The two countries were formally admitted in 1977, the same year when SEAP Federation changed their name to Southeast Asian Games Federation (SEAGF), and the games were known as the Southeast Asian Games. Brunei was admitted at the 10th SEA Games in Jakarta, Indonesia, and East Timor at the 22nd SEA Games in Hanoi, Vietnam.

In December 2005, the Philippines hosted the Games for the third time, after 1981 and 1991 editions. With its 113 gold medals, it copped the overall championship for the first time since it joined in 1977.

The 2009 Games (running from 9–18 December) was the first time Laos has ever held a Southeast Asian Games (Laos had previously declined hosting the 1965 Southeast Asian Peninsular Games citing financial difficulties). 2009 also commemorated the 50 years of the SEA Games, held in Vientiane, Laos. The games commenced and progressed largely smoothly, however, praises and commendations were expressed by many athletes, sports officials and the press- Laos now joins the list of countries that have successfully hosted the South East Asian Games.

The 2011 Games (running from 11–22 November) was held for the fourth time in Indonesia. The Open Water Swimming events were held successfully on Putri Island. Christopher Guesdon was the technical and safety director.