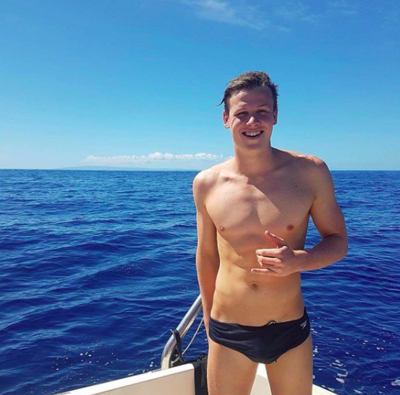 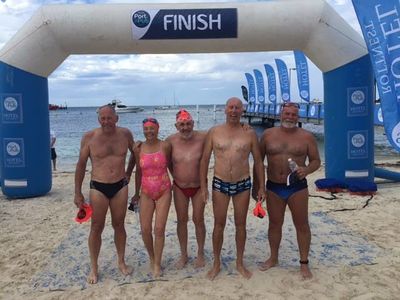 The Grey Ghosts with Professor Charles Watson at the finish of the 20 km Hotel Rottnest Port to Pub Swim in the Rottnest Channel in Perth, Australia. Photo courtesy of Freestyle Photography. 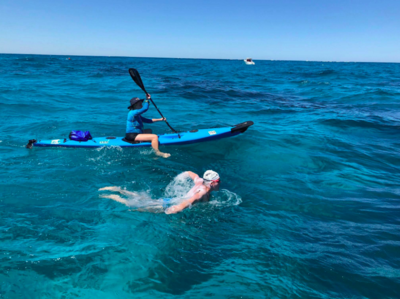 The Rottnest Channel is a stretch of water between Cottesloe Beach and Rottnest Island, off the coast of Western Australia near Perth. It is site of the annual Rottnest Channel Swim, a 19.7 km solo and relay swim.

When Rottnest Island was used as a prison, it was rumored that some of the prisoners swam back to the mainland, although there is no proof that any did. However, some may have crossed by resting on Carnac and Garden Islands.