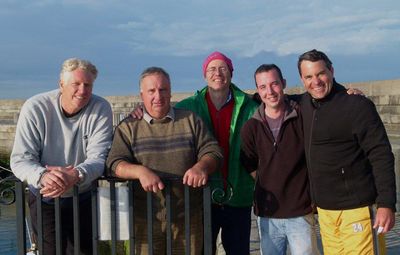 Richard W. Gaenzle, Jr. is an American open water swimmer from Westport, Connecticut who has completed a 3-man North Channel relay crossing and was a member of the first team in history to complete a Relay Oceans Seven. Their Oceans Seven Relay was piloted by Quinten Nelson and made together with fellow Americans Brian Ross and Chris Kraus on 7 August 2012 in a record-setting time of 10 hours 18 minutes from Ireland to Scotland in 13-16°C despite a high volume of jellyfish.

Kraus, Ross and Gaenzle consist of a renowned 3-man relay team based out of Connecticut in the United States. They have completed the following relays: