Reg Brickkell, Jr. is an Honor Pilot inducted in the International Marathon Swimming Hall of Fame 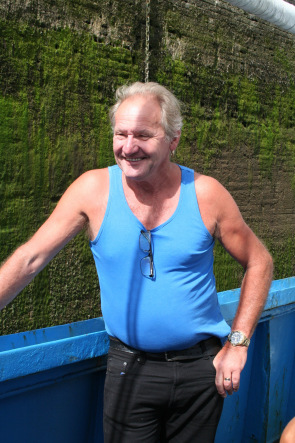 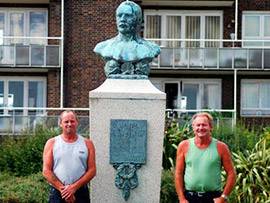 Ray (left) and Reg Jr. (right) Brickell, both an Honour Pilot in the International Marathon Swimming Hall of Fame

Reg has have served with his brother Ray Brickell as English Channel pilots under the guidance of their father Reg over the course of four decades. Reg started work with his father at the age of 16 in 1966 and his brother also started at the age of 16 years, 4 years later. In 1981, they took over the running of the boat from their father. On average, the brothers take up to 40 swimmers each season across the English Channel, including escorts for several world record swims. Like their father, they remain very involved with the Channel Swimming Association.