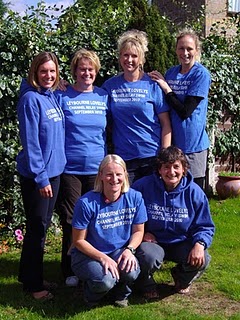 Cretten started swimming at Beaver Swimming Club, then at 10 she decided to get more competitive so she joined Black Lion, did the usual gala's, Medways and Southern Counties. Back in 2009 she entered the British Gas Great North Swim - and loved it. In 2010 she did the Great East, Great North and Great London swim - and she officially got the bug for outdoor swimming.