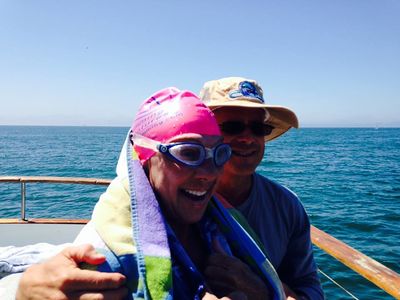 Peter and Carol Hayden, a husband and wife team who both crossed the Anacapa Channel in California in 2014 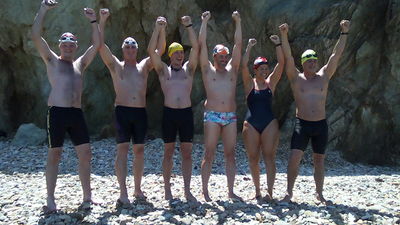 Hayden became the first person to circumnavigate Anacapa Island (23.4 miles in distance) and the 47th person to complete the Anacapa Channel on 3 September 2014 in an unusual Anacapa Around-and-Back Swim. Hayden first swam around Anacapa Island in 5 hours 41 minutes. Then he directly left the island to swim to the California mainland where he walked ashore at Port Hueneme 6 hours 59 minutes later. His support crew consisted of Carol Hayden, Howard Burns, Marc Horwitz, Patsee Ober, and Julie Flanagan. The Slayer was piloted by Captain Dawn Brooks, Jordon and Russell. SBCSA observers were Theo Schmeeckle and Lynn Kubasek.

Hayden was awarded the Yudovin Award for Most Adventurous Swim by the Marathon Swimmers Federation for his unique lollipop swim.