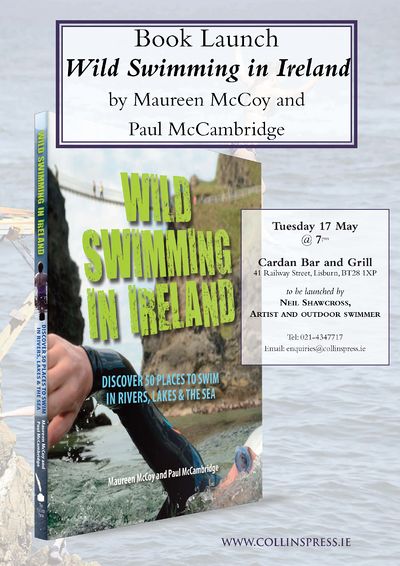 Wild Swimming In Ireland by Maureen McCoy and Paul McCambridge 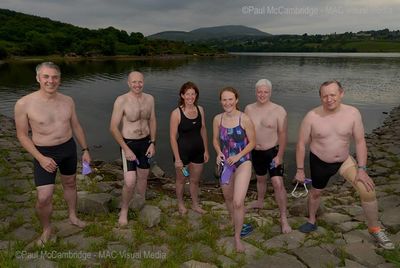 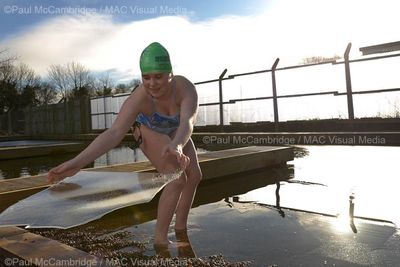 Paul McCambridge is a photographer and open water swimmer from Ireland. He represented Ulster in his youth and participated on a successful North Channel relay in 2011 with Team Camlough, and the Copeland Island Swim in 2010.

He has been a photographer for over 20 years, winning many press and editorial awards, covering assignments for national and international newspapers and magazines. He works with television broadcasters both north and south of the Irish Border, RTE, UTV etc. Newspaper clients include The Observer, Guardian, The Sunday Times, Irish Times, Sunday Business Post, Dagens Nyheter and many international publications. Magazine clients include Newsweek, Time, Spotlight, Front, Inside Edge, Ministry of Sound and DJ magazine.

The visual arts are another main focus of his work, with photographic and video projects spanning many years. Images made have been used for book publications, educational purposes and exhibitions locally and nationally. Venues include; Tate Modern, London, The Lowry Gallery, Salford, The Pump House Museum, Manchester, The Photographers Gallery, London and Downpatrick Arts Centre, N. Ireland.

McCambridge was awarded the Simon Cumbers Media Fund for his photographic feature on Human Trafficking that was published in the Irish Times in June 2013.

He served as the photographer at the Global Swim Series Eleventh Annual Awards for the 2018 Season and the Ireland Marathon Swimming Hall of Fame held at Belfast Castle, Ireland on 9-10 February 2019.

Maureen McCoy and McCambridge co-authored Wild Swimming In Ireland, published by Collins Press and launched in May 2016.