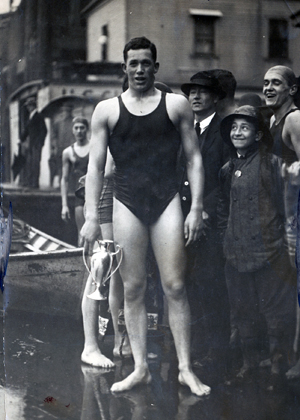 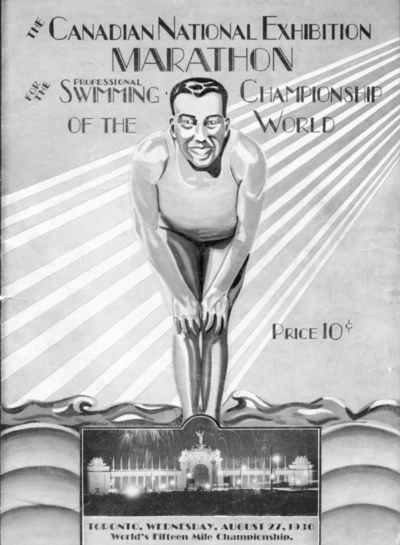 1930 Canadian National Exhibition where Norman Ross competed in the CNE in Toronto, Canada

Norman Ross (born 1896-1953) was an American swimmer who was inducted in the International Marathon Swimming Hall of Fame in 1984 as an Honor Swimmer. Known by his nickname “Big Moose”, he was born in Portland in 1896 and trained at the Multnomah Athletic Club under coach Jack Cody.