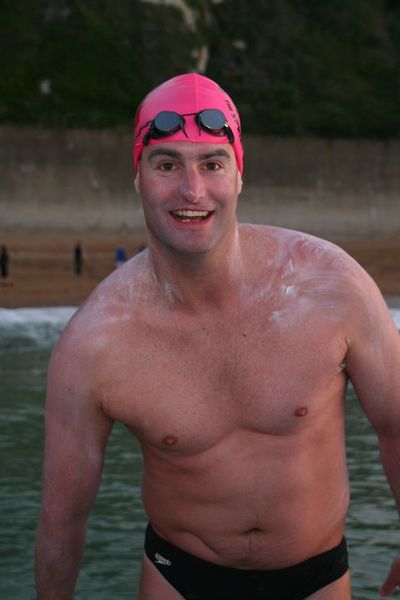 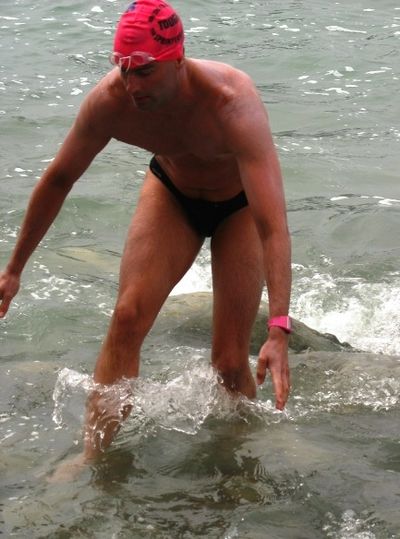 Nick Adams, finishing on the Southern California shoreline after completing the Catalina Channel

Nick Adams (born 17 September 1976) is a world-class marathon swimmer and channel swimmer who teaches and resides in London, England. He is married to fellow marathon swimmer Dr. Sakura Hingley and serves as a Marathon Swimming Mentor.

Adams is a member of The Dover Beach Crew that includes Freda Streeter, Irene Wakeham, Barrie Wakeham, Kevin Murphy, Michelle Topatalo, Mike Jennings, Tanya Harding, Mike Ball, John Thorpe and other volunteers who won the inaugural Service to Marathon Swimming Award in 2013 given by the Marathon Swimmers Forum and who regularly run training sessions in Dover harbour for swimmers who challenge themselves to solo and relay crossings of the English Channel.

Adams was named one of the World's 50 Most Adventurous Open Water Men in 2015 by the World Open Water Swimming Association.