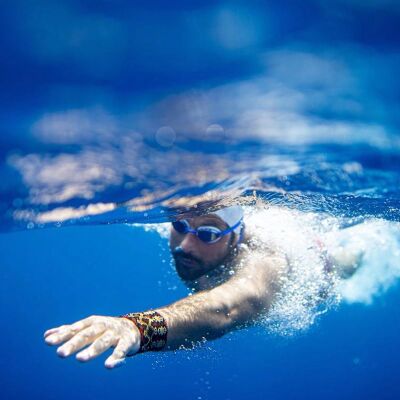 The Century Swim To Malta by Neil Agius was nominated for the 2020 WOWSA Awards in the World Open Water Swimming Performance of the Year category with the following nominated: 2004 Olympian Neil Agius has increased his distance from 400 meters to 38 km around Gozo to 70 km around Malta and is now at 100 km when he swam from Sicily, Italy to his native country of Malta in the Mediterranean Sea. His 28 hour 7 minute not only broke the existing record held by fellow Maltese Olympian Nicky Farrugia who also swam from Sicily to Gozo in 1985 in 30 hours 17 minutes, but it has also immediately inspired him to go further. The 34-year-old departed from Sicily at 5:15 am and arrived at St Julian’s Water Polo & Aquatic Club in Malta the next day at 9:24 am, with the swim becoming a subject of a documentary called The Long Swim Home. For creating and succeeding in a charity swim as part of the Wave of Change movement which raises awareness about marine pollution and threats to marine habitats, for setting a new record from Sicily to Malta, and for dreaming of longer, tougher and more ambitious goals as a result of his Sicily-to-Malta crossing, the Century Swim To Malta by Neil Agius is a worthy nominee for the 2019 World Open Water Swimming Performance of the Year.