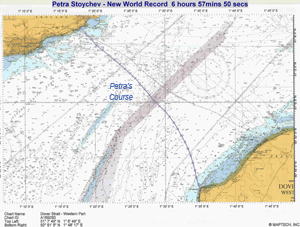 Michael Oram is a mariner from Great Britain who was inducted as an Honor Pilot in the International Marathon Swimming Hall of Fame in 2005. He is a renowned English Channel pilot and a Qualified Royal Yachting Association / Department of Trade Yachtmaster with commercial endorsement.

He began escorting swimmers in the English Channel in 1982 and served as a Channel Swimming Association committee member for 15 years before he became the Honorary Secretary between 1991 and 1996. He currently serves as the Chairman of the Channel Swimming & Piloting Federation.