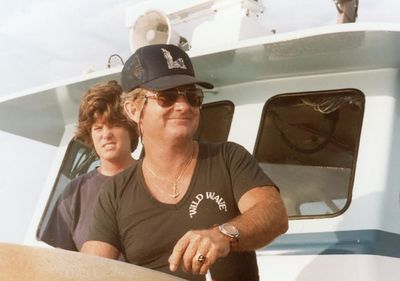 Mickey Pittman standing in front on his escort boat

Both Mickey Pittman and John Pittman were selected as Honour Contributors (Pilots) in the Class of 2016 in the International Marathon Swimming Hall of Fame.

On 21 September 1978, Pittman escorted John York on a record-setting two-way crossing of the 42.4 km Catalina Channel from the Southern California mainland to Santa Catalina Island and back to the Southern California mainland in 16 hours 42 minutes (first leg was 6 hours 41 minutes 14 seconds; second leg was 9 hours 0 minutes 46 seconds) at the age of 18. The record still stands as of 2016.