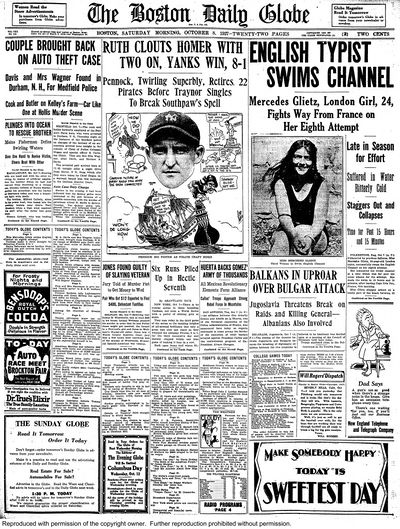 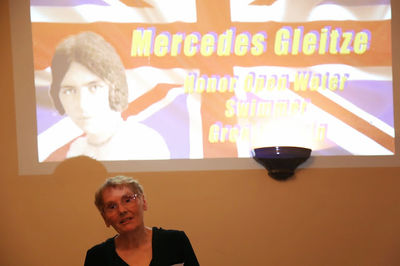 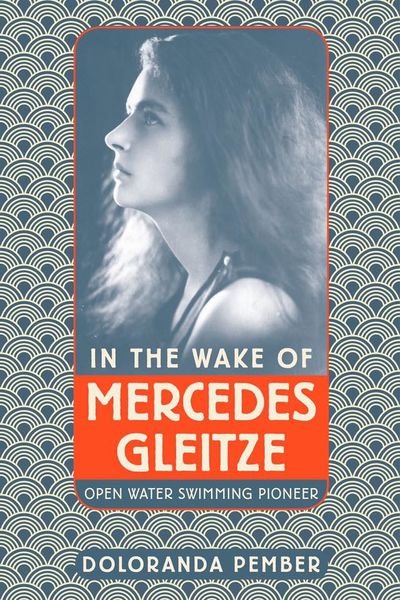 In 1926, the relentless Londoner became the first English woman to swim the English Channel...on her eighth attempt in 15 hours 15 minutes from France to England.

She accomplished a variety of marathon swims in Europe, Australia, New Zealand and South Africa including setting a British female record of 10 hours 45 minutes for swimming in the Thames River in 1924. In 1929, she swam Lough Neagh in Ireland in 20+ hours. In 1940, she swam Hellespont in 2+ hours. In 1941, she swam across Galway Bay in 19+ hours and across Sydney Harbor. She completed a 40-hour endurance swim in Cork, Ireland on 25-26 February 1940. She swam in Cape Town, South Africa in 1942 to bring the total number of marathon swims to an incredible 51 with 25 of her swims taking at least 26 hours to complete. She also completed a 40-hour endurance swim in the Eglington Street Swimming Baths in Cork, Ireland on 25-26 February 1940.

With the money she earned from her swims, she established the Mercedes Gleitze Home for the Homeless in Leicester, England which opened in 1944 until it was destroyed during World War II.

1924
The Thames: British Ladies’ Record for Thames Swimming over the 26-miles stretch between Putney and Silvertown, in 10¾ hours

Endurance Swims carried out in British pools, except where indicated