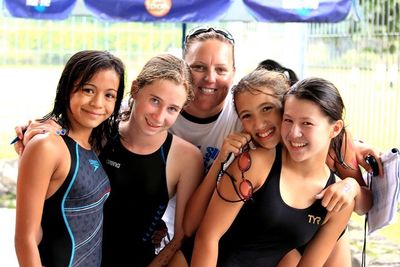 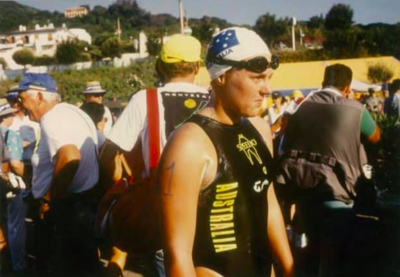 Melissa is an Australian Open Water Swimmer who was inducted as an Honour Swimmer in the International Marathon Swimming Hall of Fame in its Class of 2013 for her outstanding career. She was the world champion in the 25 km race at the 1994 FINA World Swimming Championships in Rome, Italy, and the 1996 FINA World Championships.

She followed up her two world championship appearances with a variety of work as an open water swimming commentator, administrator, official, lecturer, coach, teacher and inspirational force. Whether she wore goggles or sunglasses, her skill set shows incredible versatility and humility. Cheerful and competitive, supportive and smiling, Cunningham’s career was centered around her sharing her passion for the sport of open water swimming with others.

In addition to her two-time FINA World Championships, FINA World Cup medals and Pan Pacific Championship medals, Cunningham was also a member of the Malta-to-Sicily International Relay Race where her relay swam a total of 93 km from St. Julians Bay in Malta to Marina di Modica in Italy in 1996 in 19 hours 11 minutes together with Shelley Taylor-Smith, Joe Mitchell and Grant Robinson as part of the Australian National Swim Team. She was the Australian Open Water Swimmer of the Year in 1994 and 1996 in addition to winning multiple Australian Open Water Swimming Championships. She also set a Guinness World Record for a 24-hour swim when she swam 93,000 meters which broke the existing record by 10,900 meters.

Melissa is also an ambassador for the McGrath Foundation where she is utilizing her passion and skills in the water to help others via the program, Every Stroke Counts. Her efforts during 2013 were nominated for the 2013 World Open Water Swimming Performance of the Year.

She was also the International Chief Commentator and Media Advisor for marathon swimming at the 2008 Beijing Olympic Games, the 2007 FINA World Championships in Melbourne, Australia, and the Asian Beach Games in Bali, Indonesia.

The Irving Davids-Captain Roger Wheeler Memorial Award is an award presented by the International Swimming Hall of Fame. It was established in 1970 by the New England Marathon Swimming Association to honor and recognize the contribution of individuals and groups making major contributions to Marathon Swimming and to serve as a perpetual memorial to Irving Davids and Captain Roger Wheeler.