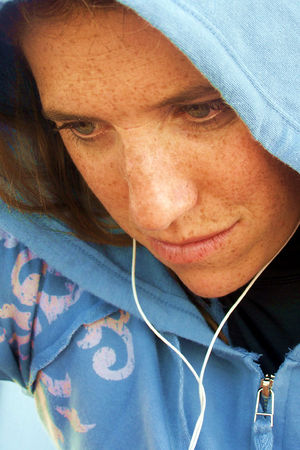 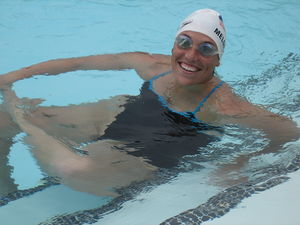 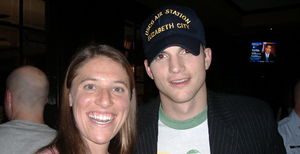 Megan Melgaard is an American pool and open water swimmer from Atlanta, Georgia. She is also a triathlete, adventure athlete, coach, and safety officer with an MBA and a Masters Degree in Information Technology that gives her an opportunity to consult and manage projects across the world. She serves as the Director of Events for Swim Across America and coordinates the Swim Across America Atlanta charity swim.

She has raced around islands and acted in a feature film (The Guardian) as a Coast Guard Rescue Swimmer as well as led water safety programs for Delta Airlines, and Living Is Winning, an inspirational movie about Andrew Johnston, a former pro-cyclist, current Ironman triathlete, and Leukemia survivor overcoming the odds in a triathlon.

Following a successful competitive swimming career at the University of Florida and as a member of the United States National Swim Team, Megan became a professional extreme and endurance athlete, specializing in open water swimming, cycling, cyclocross, on and off road triathlon, and adventure racing. She did the Race Across America and won the Georgia State Cyclocross Championships as well as finished second at the Swim Around Key West in Florida and set the swim course record for the XTerra World Championships in Maui.

For over 15 years, she has successfully trained amateur, world-class and professional athletes to become stronger and faster in their respective disciplines. She has trained professionals in multiple sports, including swimming, triathlon, football, boxing and running. Megan can be found in the open water over 25 hours a week, conducting open water lessons, clinics, from the water with her goggles on, on a paddle board or on a kayak.

Megan has spent the last several years of her life obtaining training and certifications as they relate to open water swimming and wilderness adventure. She teaches three-year-old graduates of the local Infant Swimming Resource program to learn the proper swimming techniques and survive in the water and assists flight attendants in Open Water Evacuation Procedures. Megan has a broad understanding and appreciation of safety and emergency skills as a USA Triathlon certified Race Director and Swim Course Coordinator.

She appeared in the film, The Guardian, with Hollywood A-list actors including Ashton Kutcher and Kevin Costner. She worked as a safety diver for the Discovery Channel and a Location Scout for water-based commercials and films. Megan has also completed her certifications for Super Level 1 Motion Picture Stunt Driving as well as her NAUI Scuba Diving Certification for Action Film Scuba Diving.

She competed in an adventure-based reality TV show called The Nevada Passage where she spent six days rock climbing, jet skiing, mountain biking and snowshoeing, sand boarding and kayaking. She helped produce the sports documentary Living is Winning and has been in front and behind the camera for NBC and ESPN - and even had the time to successfully launch a niche swimwear company a decade ago.