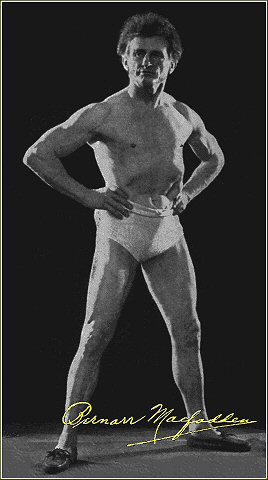 Mary Williamson Macfadden was a champion swimmer of her native England. At the age of 19, she married the Father of Physical Culture Bernarr Macfadden, the founder of the Coney Island Polar Bear Club.

Williamson was born in Yorkshire in 1892 and was widely acknowledged as one of the fastest swimmers of her era in England. She married Macfadden in 1913 after winning a contest for "the most perfect specimen of English womanhood." She had 7 children and was touted with her husband as "the world's healthiest man and woman."