Marcia Cleveland is an inductee (Honour Swimmer) of the International Marathon Swimming Hall of Fame, Class of 2020 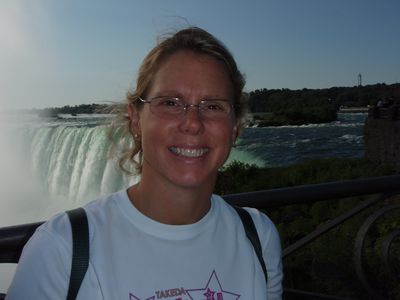 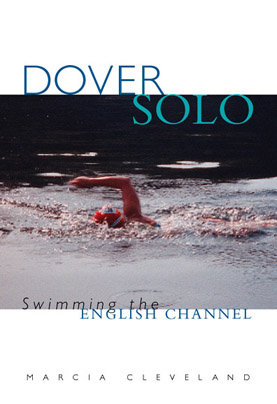 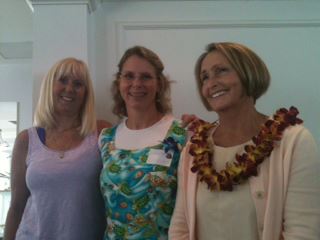 
Marcia Cleveland has been swimming fast, coaching extensively, writing descriptively, educating widely, administering selflessly, and inspiring many for decades. In particular, her cumulative time for the Triple Crown of Open Water Swimming in 24 hours 38 minutes (that includes a 9 hour 44 minute crossing of the English Channel, an 8 hour 56 minute crossing of the Catalina Channel, and a 5 hour 57 minute circumnavigation of Manhattan Island) is the fastest in history. Her year-end completion of the 38.6 km Tampa Bay Marathon Swim in 11 hours 19 minutes gave her the second fastest cumulative time of the Grand Slam of Open Water Swimming, men or women. The 55-year-old coach, author and mentor faced strong headwinds and navigated the 2-foot surface chop in Tampa Bay with the ease and composure of a veteran with several dozens of marathon swims under her cap. For her continued speed that she has maintained into her mid-50's, for her December 31st attempt as a solo effort on the tidal Tampa Bay rough water course, and for sharing her enthusiasm for the sport despite taking a month to recover from the swim, the Grand Slam of Open Water Swimming by Marcia Cleveland is a worthy nominee for the 2019 World Open Water Swimming Performance of the Year.

Mark Robson wrote a review of Dover Solo, Swimming The English Channel.   "Whenever I am asked my opinion regarding reading matter for open water swimming, I never hesitate to recommend two of my favourite publications one of which is Dover Solo. I first read Dover Solo in 2006, whilst gathering data for open water swimming in particular that relating to the English Channel. Since which time, I have read it numerous times. For me, it is one of the first items I pack when going on a lazy holiday.

The book is well written and in such a fashion that the reader can simply grasp the details of preparing for the Everest of open water swims. Marcia covers everything from her beginnings in the sport, the history of the swim, her needs, fears and inner most thoughts as she begins to set goals on this personal journey.

Whilst the book quickly brings the difficulties of such a challenge into sharp focus, it remains clear that this is in fact just one approach to Swimming The English Channel and not the definitive answer, the reader soon learns that Marcia is a regular person with a whole host of commitments and responsibilities including a full-time occupation.

As the almost diary-like information unfolds, it becomes clear that there is to be no quick fix, she emphasises her belief that the key to potential success is acclimatise acclimatise acclimatise. One is not over burdened with details yet there is sufficient particulars regarding training camps, goals, feeding, body changes, self discipline and psychology to remind any aspirant or indeed accomplished veteran of the task ahead.

The penultimate chapter covers the actual swim in and hour-by-hour account, leaving little if anything to the imagination.

In summary if you are an average man or woman with such a dream, then this book will inspire you to train, prepare and envisage your success. It is not the only book out there but in my opinion it is certainly one of the best, and a must for any marathon swimmers bookshelf."

Marcia Cleveland at the TEDxWinnetkaWomen