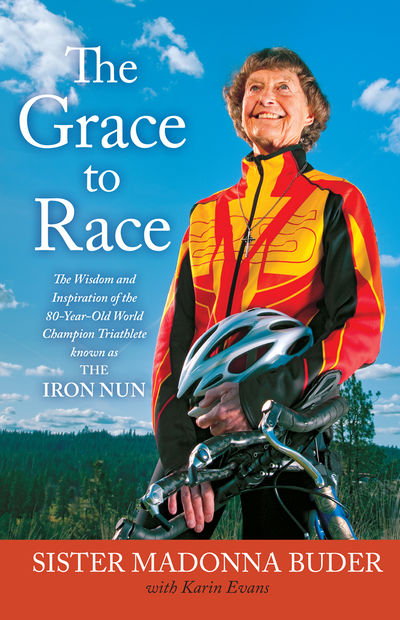 Sister Madonna Buder, known as the Iron Nun, is a Roman Catholic nun, triathlete and open water swimmer from Spokane, Washington, U.S.A. She was inducted in the USA Triathlon Hall of Fame and authored the hardback book, The Grace to Race: The Wisdom and Inspiration of the 80-Year-Old World Champion Triathlete Known as the Iron Nun.

As a nun with the Sisters for Christian Community, Sister Madonna has the freedom to choose her own ministry and lifestyle.

The Grace to Race Book Reviews

The Grace to Race Description

Madonna Buder is widely known by her nicknames Sister Madonna or the Iron Nun. She has won 11 U.S. national titles, including eight at the Olympic-distance race at USA Triathlon Age Group Nationals, and she is also a 16-time world champion. In addition to her collection of national and world titles in Olympic-distance events, she has also captured 12 age-group wins at the Ironman World Championship in Kailua-Kona, Hawaii. She was named the 1999 USA Triathlon Grand Masters Triathlete of the Year.